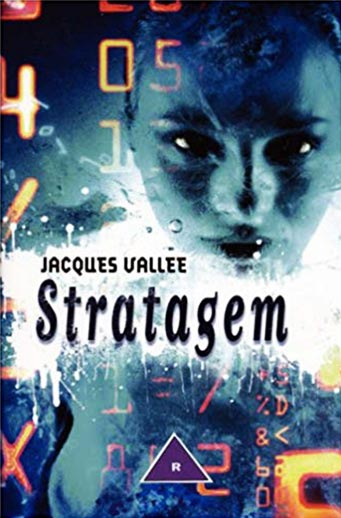 When Mark Harris, a financial executive from Silicon Valley, goes on a fishing trip to Brazil with his friend Robert, he is not looking for UFOs. Confronted with huge objects the size of a city that lift out of the waters of the Amazon, the two men are infuriated by the official denials that greet their story. They soon become the target of a determined commando, ready to kill to get the evidence they hold.

Evidence of what? Everybody knows that UFOs do not exist: Scientists have proven they were the product of hallucinations or illusions, and official projects designed to study them have been shelved. Is there a diabolical cover-up behind these reassuring statements?

Desperate to get at the truth, Robert and Mark set a trap to force their opponents to reveal themselves. All hell breaks loose when the blackest project ever devised by the Pentagon swallows the bait and leads Robert and Mark to a surprising – and devastatingly simple – solution. But who is the woman with the green eyes? And what if UFOs turned out not to be from another planet after all? 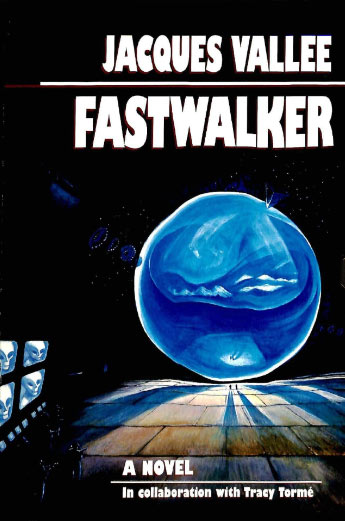 An Air Force pilot has died in a strange accident over Dreamland, a secret base in Nevada. The President of the United States has not yet been briefed. Scientists from all over the world are being assembled inside Pyramid Base. The Manipulator is General Bushnell, head of a secret organization which has been trying to capture a flying saucer since the early days of the UFO mystery. Suave but utterly ruthless this cold warrior has every tool of high-tech wizardry at his fingertips and a crack team of skilled operatives under his control. The investigator is Peter Keller, a dedicated journalist with a lot to prove, struggling to keep his integrity in the sensational atmosphere of tabloid media. A flawed but gusty professional, he’s ready to travel to the ends of the Earth to solve the mystery of UFO abductions. The victim is Rachel Rand, a young woman caught between the nightmarish alien beings who stalked her on a lonely Long Island road and a bizarre cult of UFO believers who are convinced that the end of the world is imminent. Can she trust the man she loves to help her discover the truth about her tormentors?

Now an unearthly craft has been secretly captured by the scientific team of General Bushnell. What it contains can indeed spell the end of human history as we know it. But are human beings ready for that knowledge? And who will control it?

“Simple action, amplified to the point of terror, within an apparently normal environment¦ An excellent story where the detective suspense mixes with science-fiction. That’s remarkably efficient!”
VSD, 27 February 1986

“The politicians’ attitude is one of Jacques Vallee’s strong ideas in ALINTEL. And here is another: The visitors do not come from space!”
Actuel no.77, March 1986

“In this novel that comes at the right time, Jacques Vallee answers the call of the future. The fiction of the nineties has just been born.”
Ouest France, 28 February 1986

“An astonishing book, at the crossroads of detective stories and science-fiction.”
L’Autre Journal, 19 March 1986

“In the unforgiving universe of Silicon Valley, amidst unbridled liberalism and savage competition, computer networks are compromised by 20-something hackers who stay for weeks in front of their screens, while artificial intelligence systems interfere maliciously with ongoing investigations.”
Livres de France, November 1986

“Jacques Vallee has found a way to exploit his knowledge of the high technology universe to create unexpected twists that preserve the story’s suspense.”
01 Hebdo, 8 December 1986

“Why are the holographic memories in the car’s trunk labeled X rather than Y? The reader gets caught up quickly in the enigma posed by Jacques Vallee in this well-structured science-fiction novel. Action is fast-paced, characters are well-developed, and the style is quick and refined.”
Le Monde Informatique, 15 December 1986 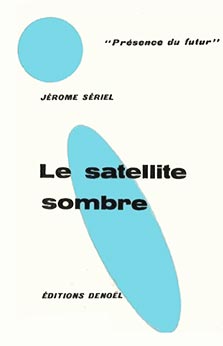 Bob Allinquay has never done anything right. At this very moment, at the wheel of his big crinonx, a Mercedes 800SL, he must be rushing on the Pekin-Paris geostrade, and I wonder in what kind of disaster he is about to drag me. On Christmas Eve, too! A very tricky game. If only I knew what’s happened to the electronic computer. Will I even have time to act? What if that so-called mission to Venus was only designed to take me away from the laboratory? And who the hell is Xarius?

“Dark Satellite is one of the most interesting anticipation novels we have had the opportunity to read recently. (It) is noticeably better than Le Sub-Espace, because Sériel’s prose has gained in density, in efficacy and also in clarity. The portrait he draws of the future of Paris is a small chef-d’oeuvre, as well as the precise, but too-quick images of foreign worlds and alien machines. There is inspiration in Dark Satellite.”
Gérard Klein in Fiction Magazine, January 1963 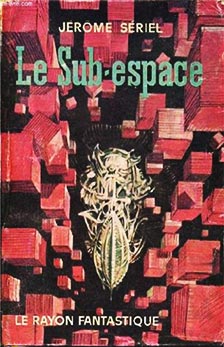 The complex technology of the XXI st century has scattered colorful forms of life throughout the planets of the solar system. But when unexplained events suddenly take place, what will be the reactions of the scientists at the center of the drama? Will they be able to transcend all limits? Will they detect the fantastic dangers that await them? Is “Sub-space” only a universe of insanity? Or can we discover new horizons beyond space and time, at the end of the unforgettable journey of the “Drakkar”?

“Every year in June, the Eiffel tower serves as a launching pad for a young author of ” science fiction, ” naturally. On the first floor, in the salons of the restaurant, the Jules Verne prize is given to an anticipation novelist. This year, the laureate is M. Jérôme Sériel, author of Le Sub-Espace. He explained that sub-space is a universe that serves as a twin to our everyday space, and is only reached accidentally by non-human beings. As a result of a series of mistakes, naturally ascribable to earthlings, an astounding war is triggered in this extraordinary region.”
France-Soir 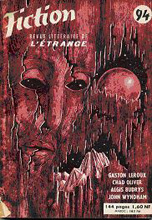